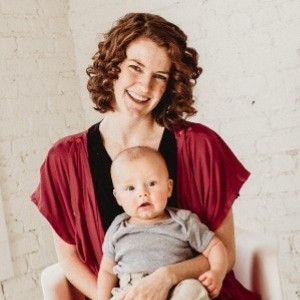 When Does Milk Come In – Pregnancy, Colostrum and After Birth

When Does Milk Come In – A Breast Milk Discussion

It’s the day after birth and you’re relishing those cozy cuddles. Only… when you breastfeed you don’t feel like your baby is getting much. So you wonder… when does your milk come in?

Don’t start to worry yet! Every mom is a little different but milk usually doesn’t start coming in until after the first few days.

This article will address when your milk comes in – from colostrum to transitional milk and finally mature milk! Keep reading for what to expect with your milk coming in during pregnancy and after birth.

(THIS POST PROBABLY CONTAINS AFFILIATE LINKS. OUR FULL DISCLOSURE POLICY IS BORING BUT YOU CAN FIND IT HERE.)

Before we start, I want to address a few things about milk supply.

Breastfeeding moms number 1 reported worry is their breast milk supply. Even moms that have an adequate supply often find themselves worried. So before you worry, here are a few things to consider:

When does milk come in during pregnancy?

The milk that comes in during pregnancy is called colostrum. It’s the first stage of milk you’ll produce, and starts it’s production in the 3rd month of your pregnancy.

When does a pregnant woman start producing milk?

Your breasts are preparing for producing milk as soon as you get pregnant. Your pregnancy produces hormones that tell your breasts they will need to feed a baby soon.

Throughout your pregnancy, your breasts grow. The milk ducts in your breasts sprout and branch, getting ready to make milk. The reason your breasts start to grow during pregnancy is because of high levels of progesterone and estrogen.

By the time you reach your third month of pregnancy, your breasts have some milk-like secretions within them. And finally, during your second trimester, colostrum is present within your breasts.

During pregnancy, your body releases a hormone called prolactin. It’s the “milk-making” hormone. But the high levels of progesterone in your body during pregnancy prevent your body from using the prolactin to make milk. That’s why you don’t see mature milk until after you give birth.

When does milk start leaking during pregnancy?

Some women start leaking milk during pregnancy as early as the 3rd month of pregnancy.

Other women don’t leak at all during pregnancy. They might worry they won’t produce milk after their baby is born, but that’s very rare.

If you do leak during pregnancy, it’s called colostrum. Colostrum is the first milk you produce and it’s yellow, sticky, and packed full of antibodies and nutrients. Consider using a milk saver if you are leaking colostrum during pregnancy – then you can start your milk stash!

When does colostrum come in?

Colostrum comes in during the second trimester of pregnancy, whether you notice it leaking during pregnancy or not.

Immediately after birth, if your baby suckles they will be eating colostrum. Just a small amount is enough for your baby for the first feeding, even half a teaspoon.

When does your milk come in?

Your milk comes in between days 2 and 5 after birth. It starts as colostrum, and gradually transitions into mature milk.

After you give birth, your body goes through drastic hormonal changes (one big reason us women experience postpartum depression). Your progesterone decreases rapidly, and your prolactin increases.

With your progesterone decreasing, the prolactin circulating in your body is now able to do its job (remember, progesterone prevented prolactin, the “milk-making” hormone, from making milk during pregnancy).

Because of the quick hormonal changes, your milk will start coming in between 30 and 40 hours after birth.

But many moms don’t notice the changes right away, and some don’t recognize their milk coming in for 5 or 6 days.

Moms that have more than one child may start to produce milk earlier. With subsequent children, you may produce more milk as well. First-time moms tend to report their milk coming in later, and may produce less.

When does mature milk come in after birth?

The first 4 days after birth, colostrum is produced mostly. From days 4 to 10, transitional milk is made and then by day 10 you should be producing mature milk.

But just because these stages have a name, doesn’t mean it’s different kinds of milk. It’s more of a continuum of changes with your milk gradually transitioning from colostrum and into mature milk.

Signs Your Milk is Coming In

Here is how to know when your milk comes in:

When does the milk come in? A chart.

Sometimes it helps to see it organized. This chart shows when you can expect your milk to come in, how much your baby should eat per feeding, and how many poopy diapers to expect per day.

Diaper count and weight gain are the best ways to tell if your baby is getting enough breast milk during the first 6 weeks. Your baby should have the number of poopy diapers as days old they are until day 4. So 1 on day 1, 2 on day 2, 3 on day 3, and 4 or more on day 4. Then until your baby is 6 weeks old, they should have 4 or more dirty diapers per day. Around 6 weeks, some babies’ bowel habits change so after that, it’s important to continue seeing your pediatrician to monitor your baby’s weight.

When does milk supply regulate?

Your milk supply should regulate between 4 and 6 weeks after your baby’s birth. The best way to regulate your milk supply is to feed your baby on demand, and avoid using pacifiers, bottles, or supplementing for at least 4 weeks.

Make sure your baby is latching on well, gaining weight, and has plenty of poopy diapers. Breastfeeding isn’t always easy starting out, but if you stick with it, it’ll get easier for both you and your baby.

What if my milk isn’t coming in 5 days after birth?

If your milk doesn’t start to come in within 5 days after birth, it could be caused by:

The most important thing to do is see your doctor. If you have retained placental fragments of a hormonal imbalance, your doctor will be able to help you so you can breastfeed.

No Breast Milk After Delivery: What To Do

First, rule out any medical issue that may be causing it. Work closely with your doctor to determine what may be the cause. Once you’ve ruled out a medical condition, these tips can help establish breast milk supply after delivery:

To Sum It Up: When Breast Milk Comes In

Typically, breast milk comes in within 2-5 days after birth. C-sections can result in milk coming in later.

Colostrum starts production in pregnancy, and some women notice leakage after the first trimester while others don’t.

If you are having trouble with your breast milk supply, it might help to contact a lactation counselor. I offer virtual or telephone lactation consultations, and I would love to help!